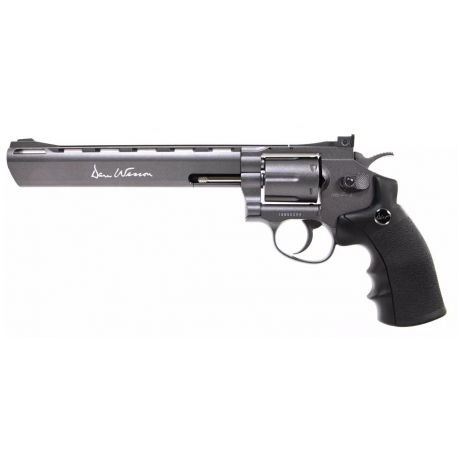 Comes with 6 low pressure cartridges each containing a ball

Revolver at Co2 dedicated to sports shooting. Entirely built in metal with a chrome livery, it offers a solid and solid appearance. The "grip" is in ABS to allow a better grip.