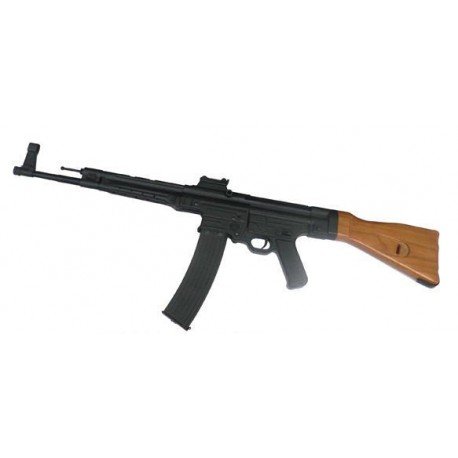 Others: Battery and battery charger not included.

Sturmgewehr 44, abbreviated StG 44, is an assault rifle developed by the Third Reich in 1942 for the Second World War. It is generally considered the first modern assault rifle.

It is sometimes called MP 43 and MP 44 in the early stages of development, following the designation of the MP 40 machine gun, the MG 42 machine gun and the FG 42 machine gun, with slight differences such as a stick with a slightly different slope or a viewfinder of different shape.