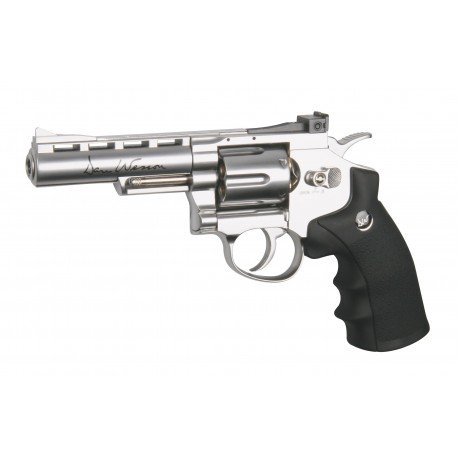 Revolver at Co2 dedicated to sport shooting in short version. Entirely built in metal with a chrome livery, it offers a solid and solid appearance. The "grip" is in ABS to allow a better grip.

The firm was created in 1948 to manufacture screwdrivers and small tools. In 1968, its founder invents a revolver and the firm became the Dan Wesson Fireams. She developed in the 1970s and 1980s. In 1983, she moved but remained in the same state. It went bankrupt in 1995 despite the introduction of a high-end Colt M1911 clone. In 1996, it was bought by New York financiers. His new factory ist open in New York State. In 2005, it passes under the control of CZ-USA and is led by a woman.