The Ingram MAC-11 (Military Armament Corporation Model 11) is a compact machine pistol developed by American firearms designer Gordon Ingram at the Military Armament Corporation (MAC) in the 1970s. This weapon is a compact version of the Model 10 (MAC-10), chambered to fire the smaller .380 ACP ammunition. This low-powered ammunition, very rarely used in sub-machine guns, gives it a very high rate of fire. The low power of its ammunition makes it particularly suitable in contexts where excessive penetration is dangerous, such as inside aircraft.

This weapon is sometimes confused with the Sylvia & Wayne Daniels M-11/9 or the Vulcan M-11-9, which are two later variants of the MAC chambered for 9mm Parabellum ammunition.

This airsoft replica offered by the ASG brand is very effective. Based on the legendary MAC 10. Suitable for short range shooting, this pistol can be used on all types of targets.

it is proposed here in Co2 version 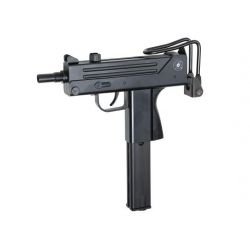 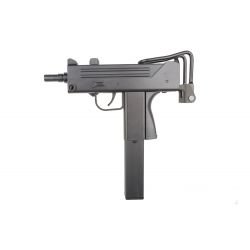 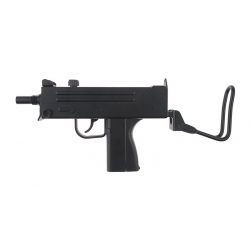