Short history of the FNX-45

Having seen the light of day in 2012, the FNX-45 is the result of several years of innovative product development and advanced engineering techniques. Based on the FNP-45 model, the FNX-45 is a single and double action handgun with extremely improved ergonomics. It is an ambidextrous handgun that can easily be used with either hand in any shooting position.

But the story of the FNX-45 begins in 2005, when the U.S. Army issued a request for proposals to replace the Beretta M9. The goal was to find a .45 ACP pistol with day/night sights and a threaded barrel to accommodate suppressors. Many well-known manufacturers such as H&K, Smith and Wesson, SIG SAUER, Ruger and Glock submitted their bids. The manufacturer FNH was among the winners with the FNP45-USG model. This handgun is quite similar to FNX-45, with the difference that FNP45-USG was not ambidextrous. So the FNX-45 is an improved version of the FNP45-USG.

Specificities of the FNX-45 Airsoft

The FNX-45 replicas are almost indistinguishable from the real gun. You will find all the basic markings on the barrel and on the handle. Moreover, it should be noted that most FNX-45 replicas are made from molds of the real FNX-45. Moreover, on the underside of the frame you will find a plate with a unique serial number for added realism. The rugged polymer construction of the FNX-45 replicas gives the impression that it is the real thing. As for the trigger, it's pretty soft, but you'll find that there's a clear recoil with every shot. 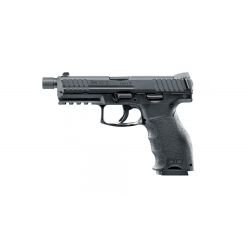 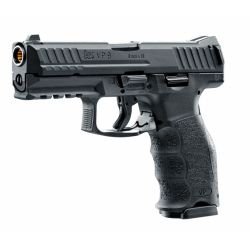 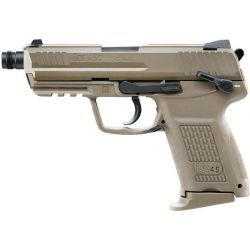 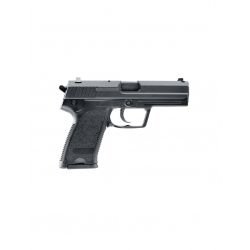 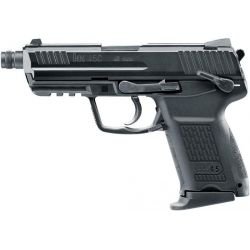