Historical presentation of the Ruger that inspired this replica

The Ruger Standard, or Ruger MK I, is a pistol model introduced by the Sturm Ruger company in 1949.

The Ruger Standard Model is a semi-automatic rimfire pistol introduced in 1949 as the first product manufactured by Sturm, Ruger & Co. and was the founding member of a line of .22 Long Rifle cartridge handgun products, including its later iterations: the MK II, MK III and MK IV. It is marketed as an inexpensive .22 caliber rimfire intended for casual sporting and target shooting, and plinking. Designed by company founder William B. Ruger, the Standard model and its progeny became the most accepted and successful .22 caliber semi-automatic pistols ever produced.

This version is a gas operated version 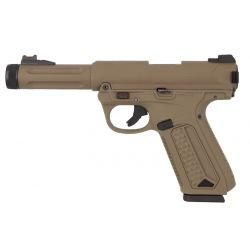 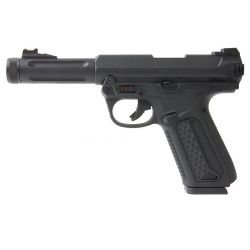