The M1911 (also known as the Automatic Colt Pistol [ACP] or Colt 45) is a single-action, semi-automatic pistol with short recoil loading. It was the pistol of the United States Armed Forces for 74 years, from 1911 to 1985. The civilian models and most of the models delivered to the U.S. forces were manufactured by Colt's Patent Fire Arms Manufacturing Company in Hartford, Connecticut. The M1911 is one of the few weapons to have been used extensively in both World Wars.

Designed by John Moses Browning, the gun was adopted on March 28, 1911 by the US Ordnance Department and began production on December 28.

The Model M1911 was the ordinance weapon of the US Army during World War I. It was manufactured by Colt's Patent Fire Arms Manufacturing Company, Remington-UMC, Springfield Armory and the North American Arms Company.

Particularly robust and reliable from its first version, it is modernized in 1926, becoming the M1911A1. 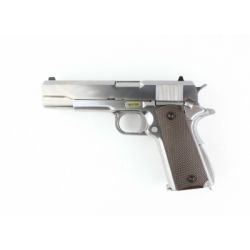 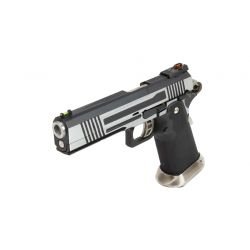 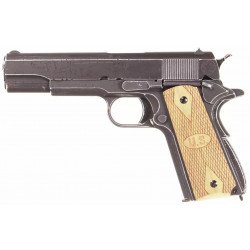 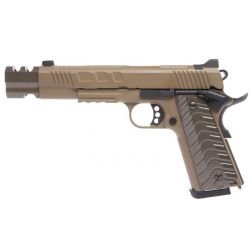 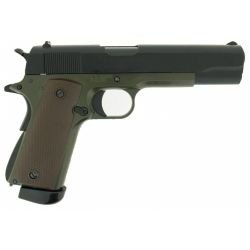 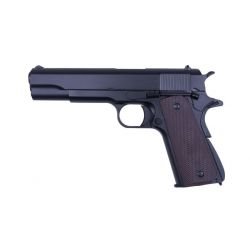 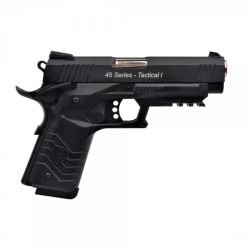 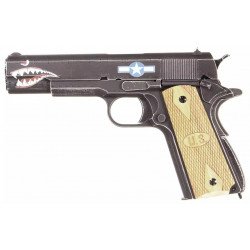 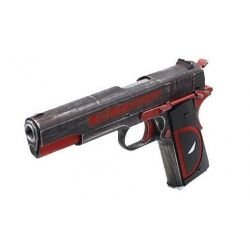 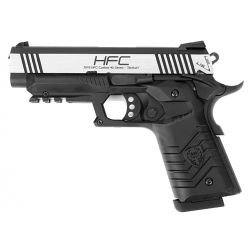