The standard version features an adjustable, folding stock that can also be removed completely. The handguard has multiple Picatinny rails that allow for the addition of equipment such as lights, grips, optics or laser pointers. The A1 version has a firing selector that allows the user to choose between the safety modes and the three firing modes: semi-automatic, short burst (3 shots) or automatic (full-auto). The S1 version, intended for the civilian market, has only the safety and semi-automatic modes.

There are "pistol" versions of the Scorpion EVO 3, sold without a stock and mainly designed for the American civilian market (where regulations are strict on short-barreled long guns) as well as "rifle" versions, sold this time with a stock but with a longer barrel.

The airsoft version is totally ambidextrous thanks to its repositionable cocking lever. 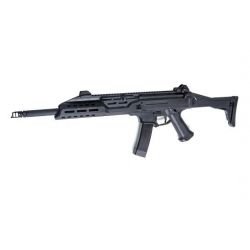 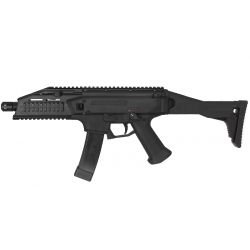 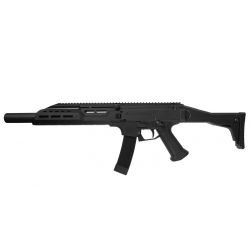