Historical presentation of the M16

The M16 is an American-made rifle equipped with a selective fire system. It replaces the M14 in 1968 and becomes the standard rifle of the US Army. It was widely deployed in the Marine Corps. Compared to the M14, the M16 is lighter and carries an intermediate cartridge with a smaller caliber. The M16 is available in several variants, including military variants with two firing modes (auto and semi-auto) and civilian models delivered only in semi-automatic. These are used for hunting and shooting competitions.

Specificities of the M16 Airsoft

Secondly, the M16 airsoft replica is a near perfect copy. Its weight is high enough to give the impression of holding a real firearm. In terms of performance, this replica offers a fairly high rate of fire and the correct accuracy.

What are the different M16 replicas available on Phenix Airsoft?

On Phenixairsoft, there are exactly nine replicas of the M16 airsoft, including replicas from Well, JingGong, Cyma, Dboy, S&T, and Bolt

In the Phenix airsoft catalog, you will find three Cyma replicas. First, the M16A4 Full Metal is a replica that displays a length of 1000 mm for a weight of 3.3 kg. Its magazine has a capacity of 300 balls. The latter deploys a power of 1.5 joules. The velocity of the projectile is reinforced by a long axis motor. We then have the M16A3 Full Metal which is also 1000 mm long with a weight of 3.1 kg. In terms of power, this replica has the same characteristics as the M16A4 Full Metal. Finally, the M16A3 CM017 Desert is a lighter replica, but more powerful than the other two

On Phenix airsoft, there are two Jing Gong replicas. The first replica is the M16 Free Float UFC. It has a black finish, is 1000 mm long and weighs 2.6 kg. This airsoft replica deploys a power of 1.4 joule and a magazine with a capacity of 300 balls. The second replica is the M16 Vietnam. It has almost the same characteristics as the M16 Free Float UFC, but has a much more elaborate design.

Almost all M16 replicas available on Phenix airsoft are equipped with an electric mechanism. Only the Well M16A2 Spring replica works with a spring system. 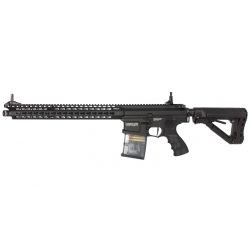 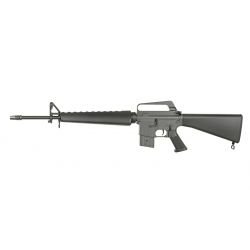 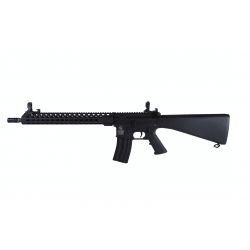 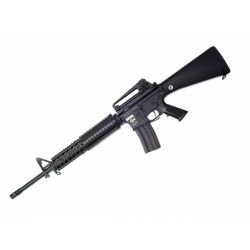 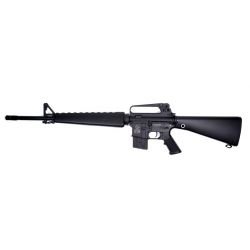 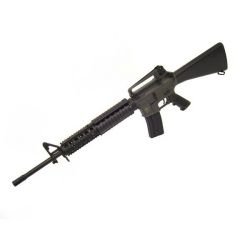